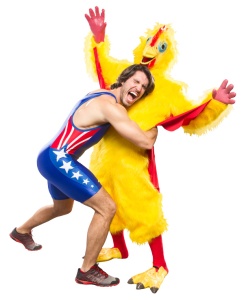 Mark Fisher is the co-owner of Mark Fisher Fitness, one of the most successful gyms in the history of the fitness industry. Within a few short years, MFF has grown from a single personal trainer to a staff of over 30, over 700 members, and two physical locations in Manhattan. MFF was also recognized as #312 on the 2015 Inc. 500 fastest growing companies in America, and one of Men’s Health’s “Top 20 Gyms in America.”

With a reputation as the fitness home of choice for the Broadway community, Mark and MFF have been featured in Forbes, the NY Times, the NY Post, the Huffington Post, and the Wall St. Journal, among others. In addition to mainstream press, MFF has been featured in prominent national fitness publications like Men’s Health, Women’s Health, and Men’s Fitness, and Mark was chosen as one of the 100 Most Influential People in Health and Fitness for the past three years by Greatist.com.